I’ve had an opportunity to work on a variety of open source social media projects. A number of these have involved Twitter Data. Having worked extensively with Twitter Data in R, I migrated to Python in 2017. This migration was done for several reasons. First, I discovered that if you don’t extract the raw JSON data for Twitter (which many R packages don’t), then you end up dropping alot of valuable data on the floor. Additionally, most third party applications require the full Twitter JSON payload. Once you do decide to collect raw JSON, it makes sense to transition to Python because of the ease of working with JSON data in Python (JSON data easily transitions to a Python dictionary). You can work with JSON data in R (usually in a list of lists), but (in my opinion) it is not as easy or straightforward.

Since I currently have to work extensively with Twitter data, I decided to create a Python package tailored for the types of collection and data munging that my current work flows require. This package, twitter_col, is easy for me to install (from Github) on any machine or cloud environment, allowing easy access to the functions that I need most.

Having created this package for my own use, I’ve had a number of people request access and instructions on how to use it.

This short tutorial is the first of several tutorials on how to use the twitter_col package. This tutorial will focus on installing the package and using two Python command line programs to stream Twitter data. In addition to demonstrating this specific package, I will also discuss a few lessons learned regarding how to build a Python package.

Why Build a Python Package

If you ever think you’re going to reuse code more than a couple times, you should consider placing it into a package. Building a package for R or Python is extremely easy. The process of packaging it usually forces you to improve your code, properly document it for yourself and others, and then store it in a place and way that you and others can reuse it now or six months from now.

I’ve found that if I don’t properly document and package my code, by the time I come back to it 18 months later, it will take almost as long to understand my old code as it did to write it in the first place.

The meme below sums up why you should consider packaging your code for reuse: 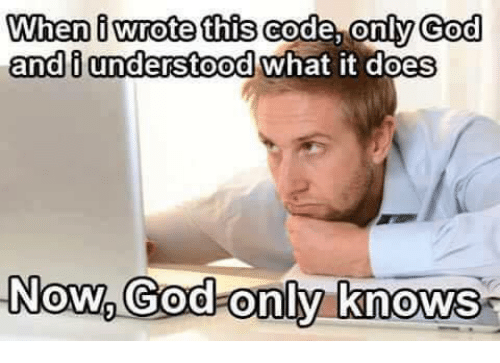 Having built a number of packages in R, and now three packages in Python, I’ve found that it is fairly easy in either language. Both allow you to write and document functions and/or data, and both can be easily staged and installed from Github or Gitlab. Additionally, Python allow you to write command line interface tools, which I’ll dive into below.

I don’t intend to walk through a step by step tutorial of how to build a Python package…there are too many that already exist. If you want to learn how to build one, then I recommend looking at the tutorial at python packaging. This will start with minimal structure, and then address how to include dependencies as well as add command line interfaces and/or data.

Additionally, launching a script from the command line allows you to move the process to the background, allowing for it to run for days, weeks, or months, which may be necessary when streaming data.

I have used CLI’s for streaming data (as in this case) as well as training ML algorithms where I want to tinker with parameters or hyperparameters.

Note that you do not have to create a Python package to create a CLI…you can create a module that is a CLI, place it in your working directory, and run python3 myModule.py parameter1 parameter2.

We will create the virtual environment from the terminal in Mac or Linux or using the Windows Linux Subsystem (WSL) in Windows:

Then we activate the environment with the command

Once this is done, the packages and command line utilities we load will be contained in this specific environment.

The basic installation command is given below. This command will install twitter_col and its dependencies: pandas, tweepy, textblob, and progressbar2.

If at any time you require help, you can use the help(twitter_col) or help(twitter_col.function_name). The documentation is present (but probably isn’t going to win any awards).

Before you can munge, model, and visualize…you have to get data. With Twitter Data, you can use either the Streaming API (collect data going forward) based on geography or content, or use the REST API (collect data going backwards). I use both for different purposes (usually initial collection on the Streaming API with follow-up and enrichment collection on the REST API). Note that if you’re collecting data on an event that is in the past, your only option is the REST API.

In this tutorial I will introduce the Streaming API using two Python command line interfaces that I’ve packaged in the twitter_col package.

In this section I will introduce the stream_content command line interface (CLI) that facilitates easy access to the streaming API with content filtering. This allows you to filter the Streaming API by any token (hashtag, screen name, text, etc).

Let’s say I want to stream content during the Worldcup in regards to Germany, France, and Spain. I could use their country hashtags with the CLI command:

This CLI tool will create a new file every 20K tweets.

In this case, the resulting file will be named ‘#GER_#FRA_#ESP_YYMMDD-hhmmss.json.gz’. In general I find it is helpful to keep your search terms in the name of the file so you can remember how you obtained the data (remember, on the command line your parameters aren’t nicely stored in a file).

However, there are some times when you have a very messy list of search terms and you don’t want them concatenated together to create your file name. In this case you can invoke the -tag optional parameter to create your own file name prefix:

This will create the filename ‘worldcup.YYMMDD-hhmmss.json.gz’

Streaming based on geographic bounding box

In this section I will introduce the stream_geo command line interface (CLI) that facilitates easy access to the streaming API with geographic bounding box filtering. This allows you to filter the Streaming API by a rectangular bounding box (city, state, country, region). If you need to find bounding boxes for specific countries, I recommend country bounding boxes.

Let’s say we want to stream data for New York City. We could do this with the following command

This CLI tool will create a new file every 20K tweets.

This will create a file with the filename ‘geo_-74.040.0-73.0_41.0.YYMMDD-hhmmss.json.gz’. In general it is nice to keep the bounding box in the file name for future reference. If this is cumbersome, you can once again overwite this with the optional -tag flag:

which produces a file named ‘nyc.YYMMDD-hhmmss.json.gz’

Streaming in the background

If you are going to stream Twitter data (or any data) for more than a couple hours, I recommend running the command in the background (and making sure your computer/server doesn’t go to sleep).

There are several ways to do this. Some people use the screen command to run shell windows in the background. I’ve used this before, but in general prefer the nohup command.

nohup will run any command on the command line, and then push this process into the background, returning the terminal to the user. To see if your command is still running, you just check the running processes. It will also write out a message/error log to your working directory.

For example, to run the stream_geo command with nohup, use the following command:

This will immediately start the streaming process and return the terminal to the user. All logs will be written to nyc_log.out.
To view all running processes, use the command

To only print out the Python processes, use the following command

When you want to stop a streaming process, just kill the process

Note that nohup can be used with any terminal command. I often use it for streaming data, training ML algorithms, processing large networks/text, and some general data management (zipping/unzipping big data, moving big data, etc).

In my next tutorial I will cover how to use twitter_col to simplify Twitter REST API scraping. To view the twitter_col source code, visit https://github.com/dmbeskow/twitter_col